There’s not much that Zac doesn’t know about bins & garbage. Zac knows and keeps track of the bin truck schedules of his relatives in states across Australia. He can identify which depot a truck comes from, even if it has no obvious markings.

On his 18th Birthday, a number of the Cleanaway bin staff attended his party with Zac’s family and friends. Bin men are Zac’s superheroes and, says his mum Susan, ‘just the kindest people you’ll ever meet.'

Zac’s fascination started when he was 2 years old and initially, it led to difficulties where he would disappear from home to catch up with the bin truck. When he was diagnosed with autism aged 5½, he was described as having ‘savant-like’ knowledge of bins.

Zac’s mum did briefly consider trying to stop this unusual interest but then thought ‘If this was my daughter and it was a Barbie, would I encourage it?’

The answer, of course, is ‘yes’ and she got him a toy bin present. The rest, as they say, is history.
Zac is incredibly motivated by this topic. He will mow the family lawn, and then the neighbour’s lawn, just to be able to take the green bin outside! Zac struggles with some motor skills but will drag a full bin down a drive to make sure it is ready to go in time. The family’s bins are probably the most cared for in Australia, washed, sun dried, specially labelled and mended.

This passion provides happiness for Zac too. Every Thursday (bin day) is like Christmas, says Susan.

At 18, Zac is still learning to read. When I met him, Zac was using his phone to remind staff at his day program to take out the bins. He uses the word completion facilities of texting to send messages but needs help to read unfamiliar sentences. Naturally, motivation for this difficult skill wanes after many years of struggle. But recently, the thought that, in the future, he might need to read an e-mail from his boss at the bin company, was all he needed to pick up dedication again.

Many years ago a driver gave Zac a map of local bin truck routes. It was only later in life that people realised he had completely learned the map and local navigation, without ever having been specifically taught.

It is likely that he learned many other skills through his passion, including counting & numbers.

In the context of his passion, Zac has shown he can learn independently, in his own way.

As researcher Valérie Courchesne discusses later, we are only just starting to understand the role of strengths & interests based approaches and learning.

Zac’s special school offered regular opportunities for Zac to do jobs at school (like the recycling) which gave him a sense of pride and his was given ‘bin time’ as rewards. In 2016, Zac’s teacher Linda arranged work experience with Cleanaway recycling 1 day per week for the year.

Zac was so motivated and proud of his work, he was on site at 7am each week, full uniform, bag, safety gear and work boots ready to go. Zac had a 3 week rotation of roles:

Zac has a framed photo of his favourite bin man, Michael, who he met when Zac was 8. Week one, when he was riding with the bin truck, his driver was Michael. Imagine! No wonder his mum says Zac was ‘living the dream’. Unfortunately, week three was less enjoyable as he had to remain in the factory, removed from the comings & goings of trucks that he loves. This is one of the challenges that might need to be managed with strong passions, it can’t be perfect every day. 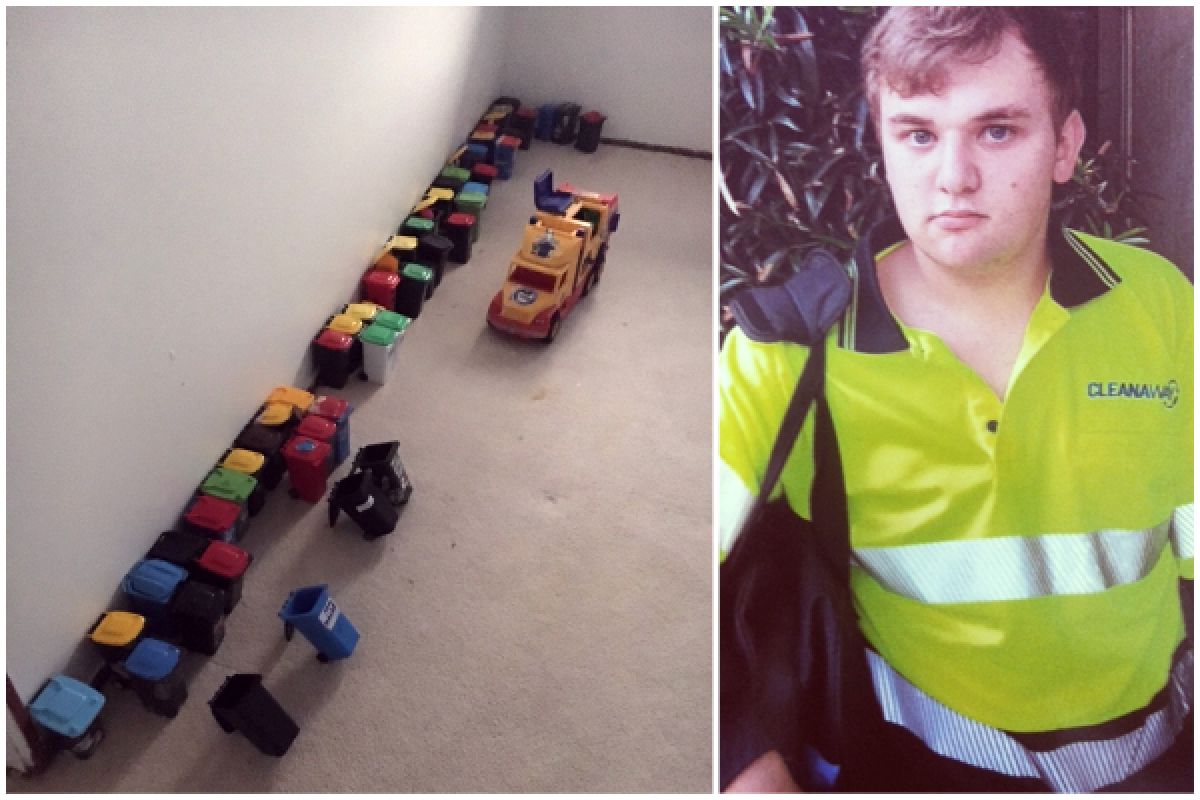 At the end of the work placement, the staff at the company said that Zac actually taught them a lot. However, at the time, Zac wasn’t quite ready for employment. At this moment in his life, Zac is doing a ‘gap year’ & would love to go back to work for a garbage company but is spending time learning some of the life skills that make travelling alone & tolerating a bad day at work more manageable.

Never judge someone without knowing the whole story

I know it is hard to believe, but, a few weeks ago, while I was in a bathroom at Melbourne airport, I had a complete stranger remove my headphones from my head and shout at me. I’m Autistic, my headphones are noise cancelling and without them, I simply cannot endure noisy places, especially airports or bathrooms. Here’s the story.