First Impressions Review - The A Word - By Ben Calandruccio

Ben Calandruccio is a movie fan, writer and a young man on the autism spectrum.

He's back with a new movie review for us.

The A Word is a drama television series from the BBC based on an Israeli show called Yellow Peppers. Like that show, The A Word focuses on a family that ends up learning that their growing son has autism. Now, there have been a series of films and a handful of TV shows that deal with the subject of autism, especially Atypical, with varying degrees of success. Let’s see if The A Word can be a cut above the rest. 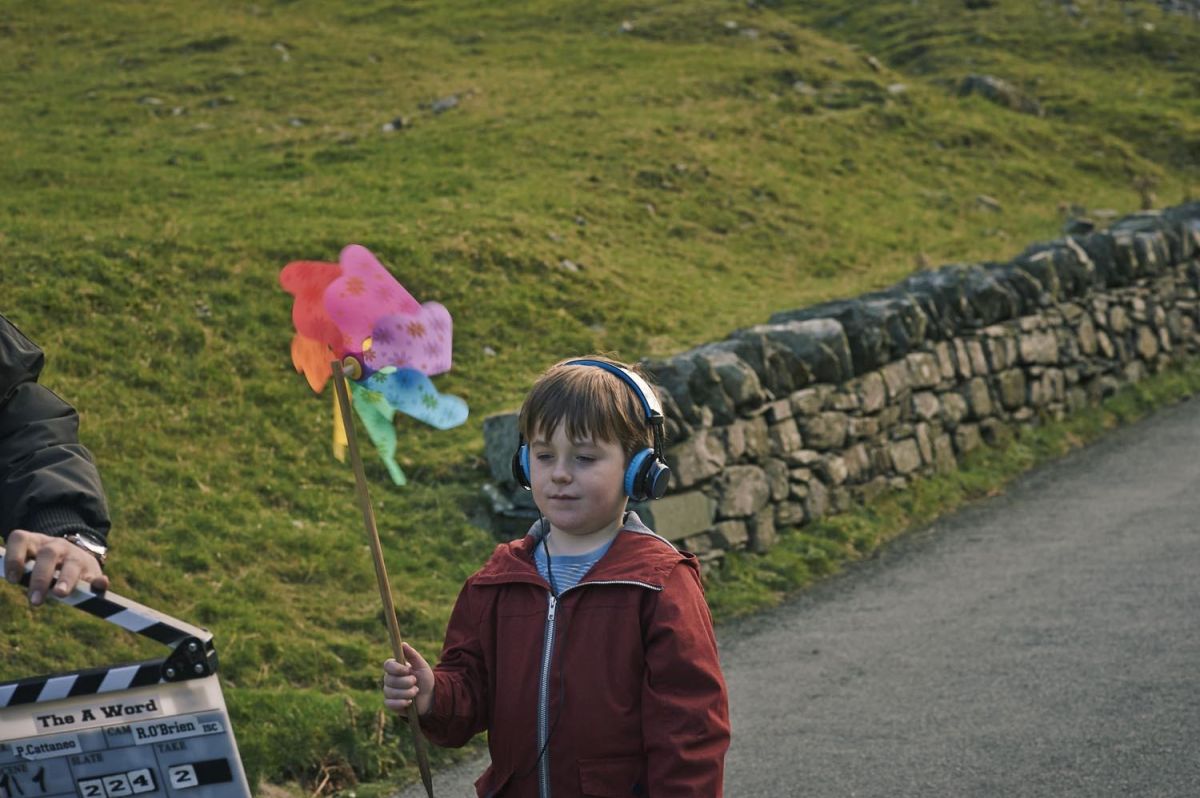 You must be wondering how the first episode opens; we see little Joe walking to the music and playing with the pinwheel… on the road in between the mountain highlands! Now, if I was a parent or even a brother to Joe, I’d keep an eye on him and not let him wander off out on his own. Imagine how shocked you would be as a parent if you realised your young child left home by himself/herself all of a sudden.

Joe is stopped by two guys in a Transit van. Before you think of anything ominous, these guys bring Joe back in one piece as he continues to sing along to his song. I find it rather strange that Joe’s parents just treat this as a merely ordinary endeavour instead of a serious issue with their parenting, especially when they go as far as to praise their son for being “a genius”. Then again, their top priority was apparently preparing for Joe’s fifth birthday party, so… good luck with being the parents of the year, guys. 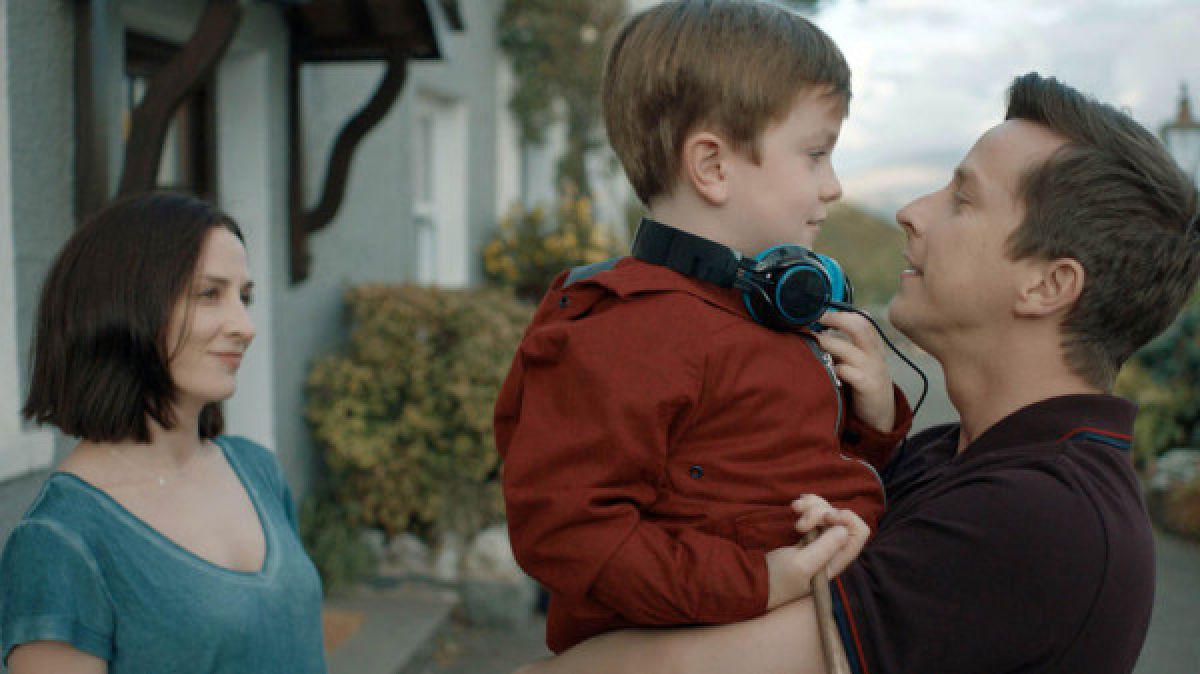 Getting to little Joe first, he is played by a six-year-old Max Vento. While we know very little about the young actor, he does an excellent job as the seemingly-rebellious young-un that has a disability. Yes, he may be young, but he turns in a great and mostly-realistic performance for someone who doesn’t quite realise that he has autism.

When Joe returns home, there’s something that reoccurs now and then… besides him singing the music he hears. He closes and opens the door. Personally, I don’t get it either, but he does it throughout the episode most likely to feel more comfortable with entering the room or place. And another thing to note about Joe and his music is that he likes to remember the title, the artist and the year the song was made. 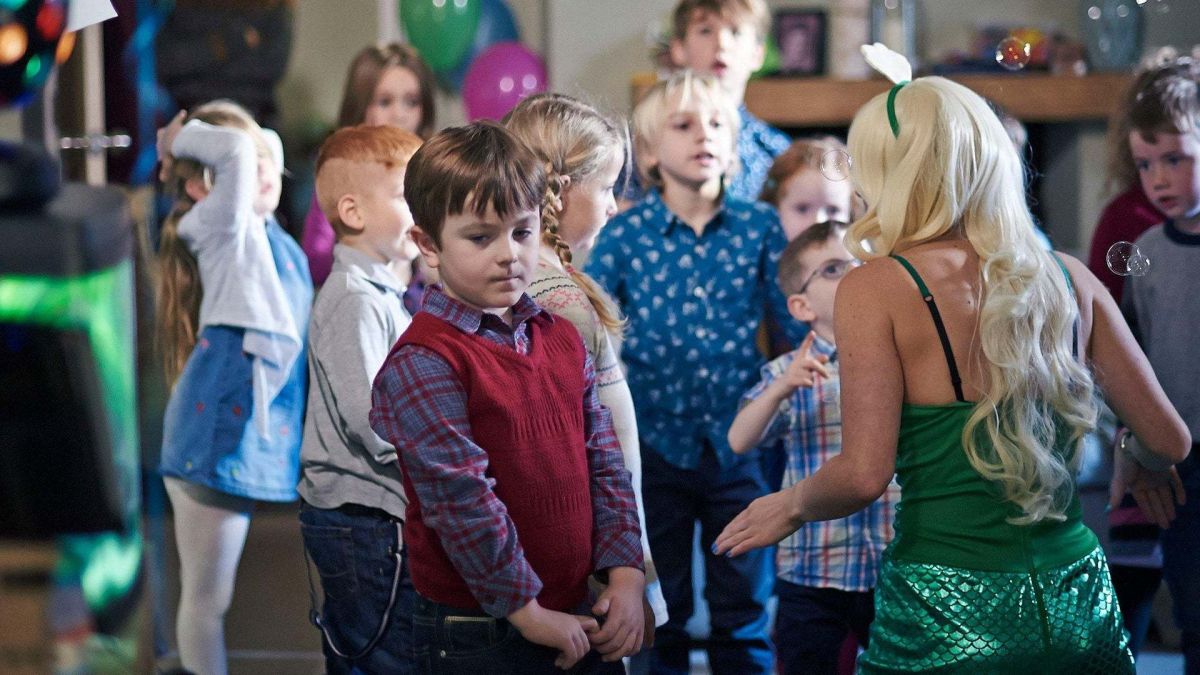 As Joe gets ready for his birthday party, his parents are seemingly bringing out all of the stops with a bag of gifts, and the aquatic theme – especially with the cake and the guest mermaid – along with the karaoke. Joe’s grandfather, Maurice, goes as far as to question what happened to the parties just having cake and balloons due to the number of items in each party bag.

It’s also here where we get a first glimpse of Joe’s parents in Paul and Allison when they converse. Now they seem like some very nice parents at first glance, but Alison seems to be holding a personal grudge over Nicola, a doctor who has married Eddie, who is Allison’s brother. By the time we see them together, she welcomes her brother but gives Nicola the cold shoulder, to the point that she avoids the idea of having a decent conversation with her throughout most of the episode. 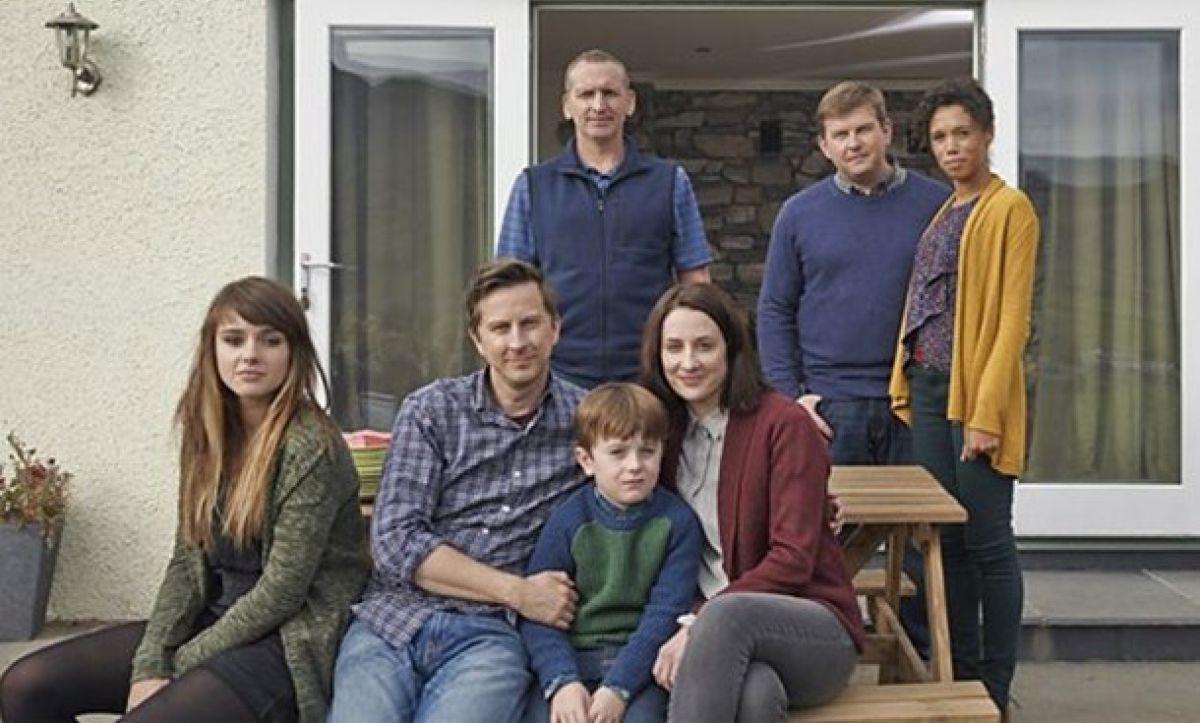 The Hughes family features a somewhat ensemble cast accompanying Joe and elder sister Rebecca; father Paul is played by Lee Ingleby, who was a regular on shows like Inspector George Gently and Bob the Builder. Mother Allison is played by Morven Christie, who is best known for playing Amanda Hopkins in Grantchester. Eddie is played by Greg McHugh who is responsible for Gary: Tank Commander, while Nicola is played by Vinette Robinson, who has had a handful of minor roles in Sherlock, Black Mirror and Doctor Who combined. And speaking of which, Maurice Scott is played by a former doctor, Christopher Eccleston, who has plenty of film and TV credits to his name including 28 Days Later, Amelia and The Leftovers.

When party time comes around, Joe’s behavioural issues become a lot more apparent. For example, in a dancing game set to “Rock Lobster”, Joe continues to move despite the music stopping, forcing Paul to concede that he’s out and Alison to take a little girl out of the game in an attempt to soften the blow. When the mermaid comes to entertain the children, Joe is more focused on rewinding the aquatic tune instead of helping her out. And the cherry on top is when the children and Joe’s family sing “Happy Birthday” to the titular birthday boy as the aquatic cake comes out, only for Joe to decide that now is the time to play music instead. 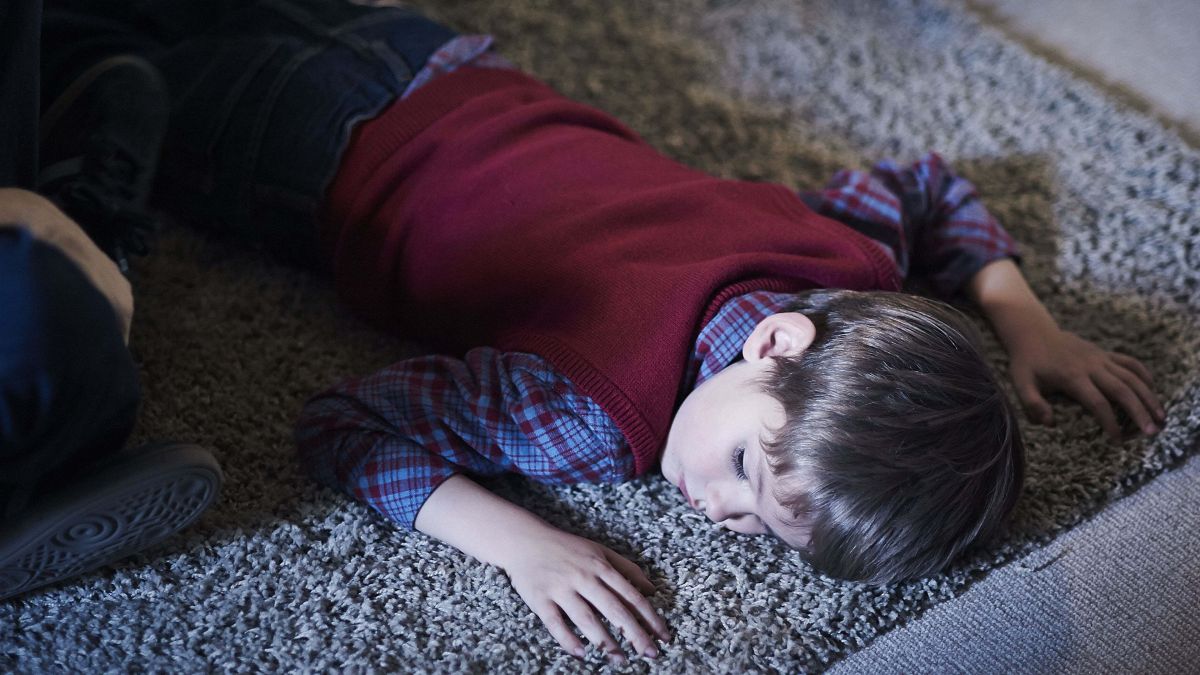 After every other child has left the party, Joe still continues to prioritise music over everything else, including being given the opportunity to open his birthday presents. At that point, when Eddie questioned whether or not Joe has an inability to communicate and listen to instructions, Paul wonders if his brother in law is joking, while Alison goes on the offensive and questions whether or not it was Nicola who suggested that Joe had a problem when she was just trying to stay out of it. It leads to Joe’s parents going through the five stages throughout the first episode, with the first being denial; Alison and Paul refusing to believe that there is a problem with Joe.

Late at night, Alison is woken up by Joe watching his laptop. After closing the laptop, Joe’s mother attempts to make him fall asleep with a car drive. Sadly, Joe wants to listen to music and suddenly decides to sing the lyrics to “Don’t You Want Me” by Human League and continues to sing even after being told to close the window. At this point, it becomes evident that he is showing huge signs of behavioural problems, especially when he lashes out at his mother who asked Joe to stop. 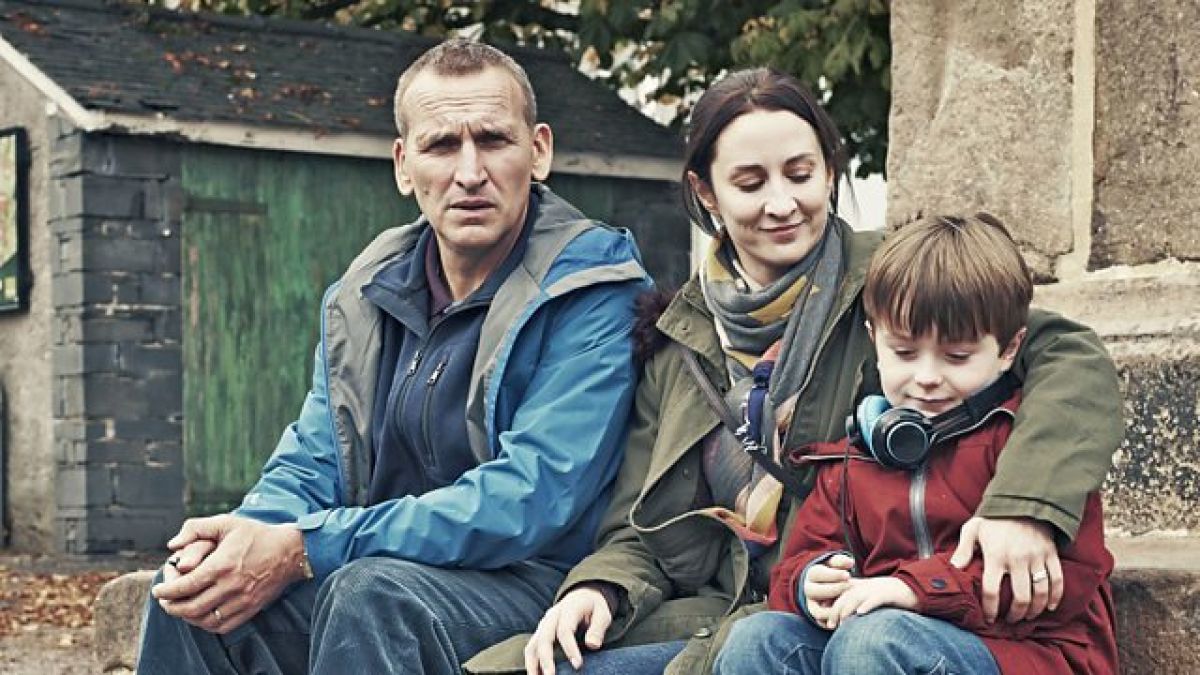 The next day, as Joe heads to school, Maurice begins to catch on with Joe’s birthday antics, and – thinking it’s a problem – decides to take him to Manchester in an attempt to cancel an appointment. Granted, his heart may be in the right place, yet he knows virtually nothing about what the supposed problem is, and he’s also innocently insensitive regarding the condition.

So when Maurice finally gets home with the grandson, he tells Alison the truth regarding the ‘trip to the museum’, and she responds by crossing into the second stage: Anger. Sure enough, when she hears the news, Alison goes as far as to accuse her dad of kidnapping her son and getting husband Paul to tell him off over a misunderstanding. While playing the protective card can be somewhat understandable, I’m not sure if Maurice’s attempts warranted that. They’re behaving as if he was trying to ruin Joe’s life, when he was only trying to help.

Nonetheless, Joe’s parents do head to a specialist the following day. When they meet Dr. Weir, they tell her that Joe is ‘charming’, ‘funny’, ‘a musical genius’ and ‘smarter than the other kids’. They also revealed that they visited a specialist before when Joe was two because he was unable to speak, and that he doesn’t talk to other children, with Alison suggesting that her son prefers ‘adults’. Right, even though we’ve yet to see him talk to an adult so far in this episode besides his parents.

As Dr. Weir encourages Joe to play a few puzzles, Joe sadly flounders as he is unable to complete a jigsaw puzzle featuring Winnie the Pooh and his fellow friends, even after singing “The Wonderful Thing About Tiggers” and quoting a line from Toy Story, along with only identifying the doors in a picture that has an abundance of things to identify. And of course, Paul isn’t allowed to help his son out, as it would probably compromise his performance. 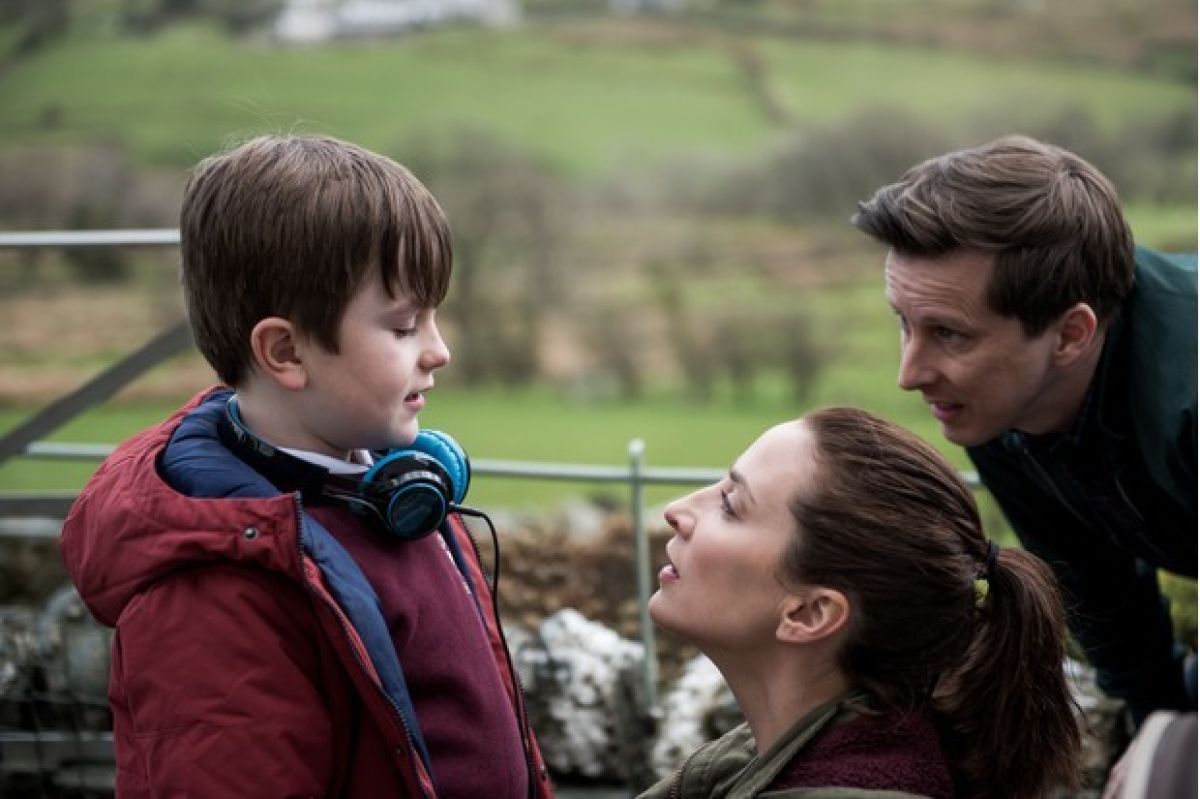 Even though the doctor acknowledges that Joe is kind and loves his music, to name a few, she reveals that Joe has significant issues in communication, auditory, emotional responses and self-soothing behavioural problems. Dr. Weir ultimately believes that Joe has autism, and Joe’s parents move onto their third stage… fear. After being given the bombshell, Paul confesses to Alison that he thought their son had autism at the age of two. When asked why he didn’t tell Alison sooner, Paul didn’t want to apply the burden on their son at the young age.

With the family learning and attempting to understand Joe’s diagnosis, Maurice continues to be innocently insensitive regarding autism and even wondering if there is a cure for it. At that point, Alison asked the family as a whole not to use the ‘A’ word out of fear of being labelled, and – as mentioned before – it’s not a**hole. Alison also turns to Nicola to get ‘a second opinion’ on the diagnosis, as she crosses the fourth stage… bargaining. That said, with Dr. Weir being certain about her diagnosis, I’m sure that Joe’s parents will jump right into the fifth stage soon in the series. 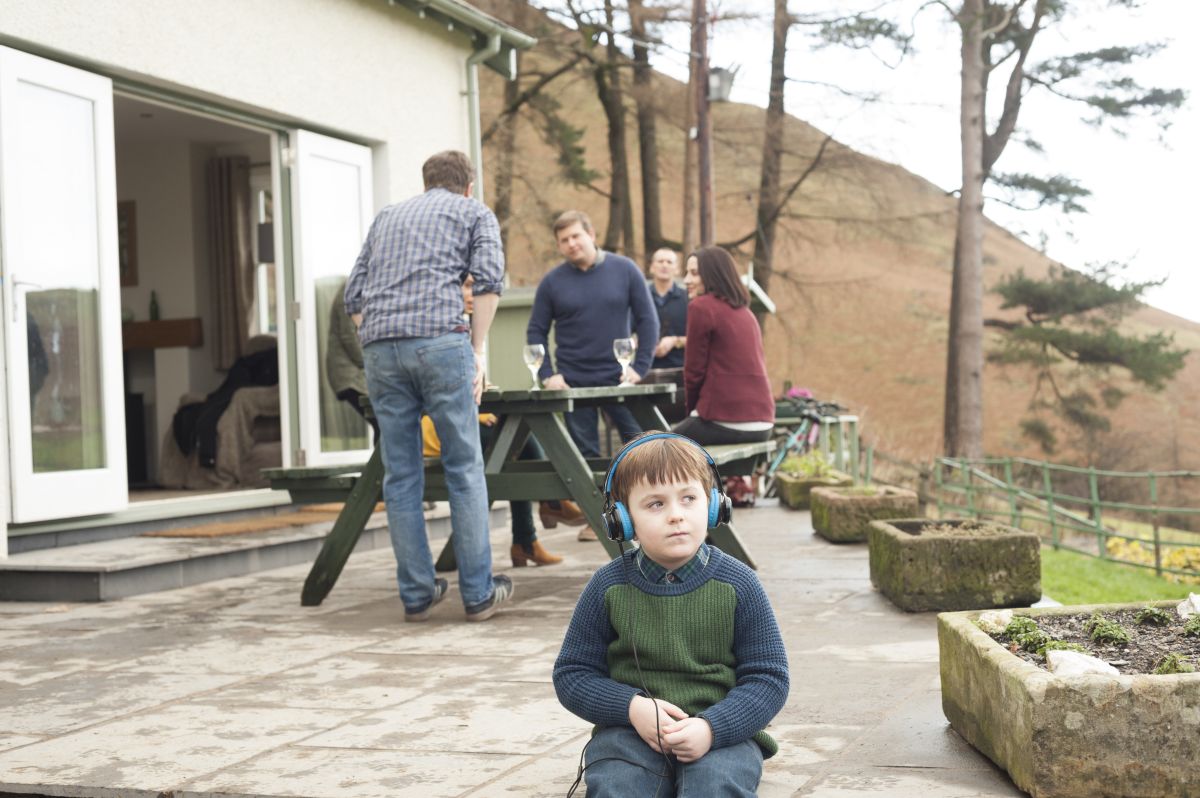 When I last dealt with a First Impressions review on a show regarding autism, it was Atypical. And I did not have many good memories with that show, to be blunt. The A Word deals with the concept of autism in a far more serious fashion, which helps a lot when it’s a drama and not some rom-com. I could also relate more to little Joe because Max Vento’s portrayal felt sincere.

While the parents are a bit hit and miss in the first episode (especially Alison), Christopher Eccleston does occasionally steal the show as Maurice, with the rest all turning up for the show and performing all that they can, showing that even a dysfunctional family cares about what’s going on with their developing child. In the end, I consider The A Word to be a better series than Atypical, mainly because it treats autism in a more serious light, and that it centres on a youthful child learning to deal with the diagnosis instead of an adolescent wanting to know what love is. But for what’s it worth, Atypical does have an improved second season, and a third one coming in November, so there’s that.

Aspect has developed an Inclusion Statement to highlight the importance of a culture of inclusion and explicitly communicate this inclusion with staff and stakeholders.

Love on the Spectrum returns this month on ABC + iview

Season 2 of Love on the Spectrum continues to tell the stories of people on the autism spectrum as they navigate the world of dating and relationships.
Listen