How we helped him flourish academically and socially

When Chad was three-years-old he wasn’t coping.

When he started at his mainstream preschool, he had hardly any communication skills and didn’t know how to follow instructions in class or engage with his peers.

Chad was withdrawn, quiet and not meeting the same developmental milestones as other children.

He was so anxious he stopped eating lunch at school. A lot of the time he was reserved and quiet but often he would get so upset and frustrated, he’d react in unexpected ways.

When Bec, Chad’s mum, noticed that he wasn’t meeting the same developmental milestones as other children, she began to worry. His language was delayed, he was very sensitive to noises and he wouldn’t interact with other children at all.

As I’m sure you can imagine it broke Bec’s heart to see her little boy struggling every day. It was a tough time for the whole family. They couldn’t go on family outings or spend time with friends because of Chad’s anxiety.

Chad is diagnosed as being on the autism spectrum

After many months, multiple doctors and appointments, Chad was diagnosed as being on the autism spectrum when he was three and a half years old. For Bec, the diagnosis sparked mixed emotions.

“There was a sense of relief that I wasn’t just imagining it,” Bec said. “But I was worried about his future and what his life would be like.

She knew her son had so much potential but she feared that without the right support, Chad would continue to be unhappy, not just at school but throughout life.

How an Aspect School helped Chad thrive academically and socially

When Bec learned about Aspect, she finally saw hope for her boy. She was certain an Aspect School was the right path for him.

When Chad started at his Aspect School in January 2018, he was a quiet and anxious boy. But in the first couple of terms he flourished – academically and socially.

Two years later and five-year-old Chad is like a different boy.

Chad’s confidence and ability to cope with different environments improved enormously. His teachers taught him breathing techniques to help him better manage his emotions. And autism-specific teaching tools, such as iPad applications and visual aids, helped Chad develop his communication skills.

The changes in Chad’s behaviour blew Bec away. Finally, her son was happy to go to school. He was less frustrated and was no longer isolated.

He has friends, he engages in conversations, listens and even asks questions. He’s no longer frustrated because he can express his needs. And he loves school.

Chad is now building beautiful relationships at school and at home

“At preschool, Chad wouldn’t participate in any activities, or eat anything,” recalls Bec. “He refused to eat his lunch for two years. Now at his Aspect school, he eats his whole lunch box. And after a week of school holidays, he’s actually upset to be away from Aspect!” – Bec, Chad’s mum.

Aspect classes are kept small, with no more than five or six students for every teacher or teacher’s aide, so each child has access to the level of teaching support they need. Sensory, visual and self-regulatory supports are available in all of Aspect’s classrooms and playgrounds. This ensures children like Chad have what they need to feel safe and calm, to concentrate and fully engage in lessons. A kind donation from you today, will help ensure that children on the autism spectrum like Chad, can continue to access the vital education they desperately need.

Chad, who was once unable to communicate or connect, is now building beautiful relationships at school and at home.

“Aspect has changed his life – they’ve changed our life,” said Bec. “He is a lot more social and has a little group of friends from school. We can take him to the movies and on outings and he is fine.”

That’s the change that Aspect can make – restoring an ability to communicate that had disappeared, rediscovering a joy in learning that had been lost, revealing the potential that had been hidden away.

If you would like to help give children on the autism spectrum like Chad access to the educational opportunities they deserve, please make a donation now. 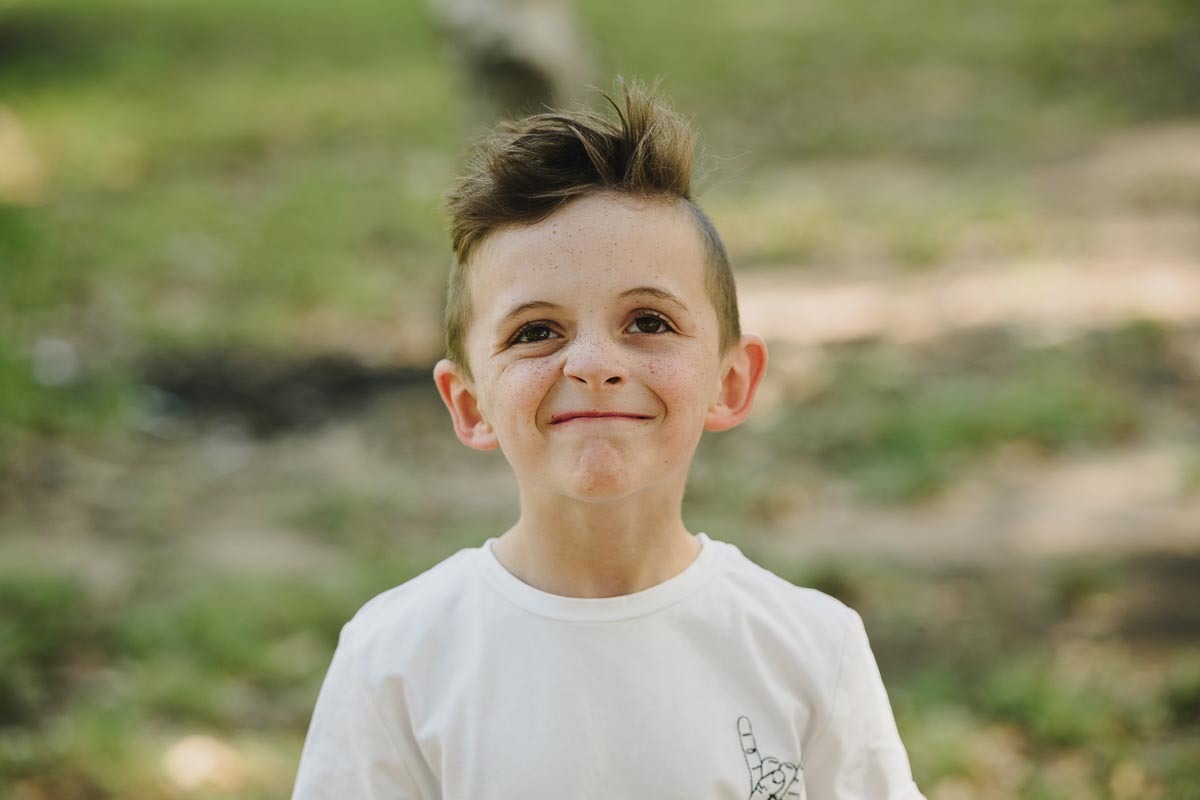