What would Jack's story be without his early diagnosis?

Jack didn’t speak. He didn’t answer to his name. His parents didn’t know what was wrong or what to do.

For many parents and families, it is the fear and challenges that come with not knowing that creates so many roadblocks and false turns on their journey.

Sometimes an autism diagnosis is exactly what they need.

It sets the path straight. It provides the answer to ‘what happens next’. It opens the door to the early childhood support that children like Jack and their families need.

“The early childhood support, to me, that's what changed Jack's life. Because without that, I just don't know what life would be like.” - Chey, Jack’s mum.

Thanks to the combination of an early diagnosis, early years support and access to autism-specific schooling, Jack is now a joyful, communicative, engaged student. It took just under a year of individualised care at his Aspect school for Jack to speak for the first time!

But for many Australian families, the financial commitment of having an early diagnosis assessment for their child is simply out of reach.

Jack was hitting all his milestones as a baby, until he suddenly started to regress.

When Jack was little, his parents simply assumed he was an introvert like his dad Matt.

“He didn’t really make eye contact,” said Jack’s mum, Chey. “You’d call his name and he wouldn’t answer you. He just seemed very withdrawn from things. At family functions and birthday parties he’d want to sit by himself and be left alone.”

As well as his limited social skills, Jack had sensory sensitivities. He didn’t like loud noises, the feeling of clothes or brushing his teeth. But when Jack cut his head open after falling on a door runner and started to bleed, Chey knew they needed to seek out a specialist’s opinion.

“He just had no reaction,” said Chey. “His head had a big open wound in it, and it was gushing blood. He just walked off like it didn’t bother him. I had to take him to the hospital and get it glued, but it was not the reaction I was used to.”

It wasn’t until Jack’s grandparents read a story in the newspaper about a little girl who was on the autism spectrum that everything clicked.

“It was like reading Jack on paper, there were so many similarities.”

The next step was getting Jack a diagnosis.

Though it would have been free or low-cost to do so through the public system, they would have had to wait well over a year. Instead, they paid to see a child psychologist and then a speech therapist to confirm the diagnosis. It was still a six-month long process and cost over $2,500 to get Jack’s diagnosis, but for Jack and his family the time saved was invaluable.

Early diagnosis meant Jack’s family could receive NDIS funding to pay for programs like speech therapy and school readiness. He made progress, but he was still non-verbal at age three. Chey knew mainstream school would not be able to offer Jack the support he needed. That’s when her sister-in-law told her about Aspect schools.

“I went for a walk through, and immediately, I could tell this school felt different. It felt safe, happy and loving. I knew we had found Jack’s safe space.”

Jack was enrolled at his Aspect school just before he turned five.

The difference they noticed in Jack was enormous.

Just ten months after enrolling, around Halloween, Jack’s favorite holiday, he spoke his first word: “Ghost.” Two days later he said “Dad” and a day after that, “Mum.” You can imagine how incredibly moving this was for his parents.

Now in his third year at an Aspect school, Jack has dramatically increased his vocabulary and improved his overall communication and social skills. He has learned to read, count and sing. His sensory sensitivities have almost completely resolved. Most importantly, his parents better understand Jack’s behaviours and needs, and they can now communicate more effectively as a family.

Chey said, “Before Jack was diagnosed he didn’t show affection. It was hard to know at times if he even knew I was his mother. Now he is the most happy, loving boy ever. He loves hugs, kisses, holding hands and to tell you that he loves you.”

For Chey and Matt, the transformation they have seen in their little boy is incredible and it’s all because Jack’s early diagnosis gave them access to early childhood therapies which helped Jack progress to an Aspect school.

Every day counts. Every dollar counts.

For children like Jack, access to an early diagnosis can be life-changing. A monthly, tax-deductible donation can help ensure that families don’t miss out on the vital services they need - it could even protect their education by providing an Aspect school sponsorship.

Every donation from our powerful community of supporters will contribute towards our goal of creating a world where no one on the autism spectrum is left behind. 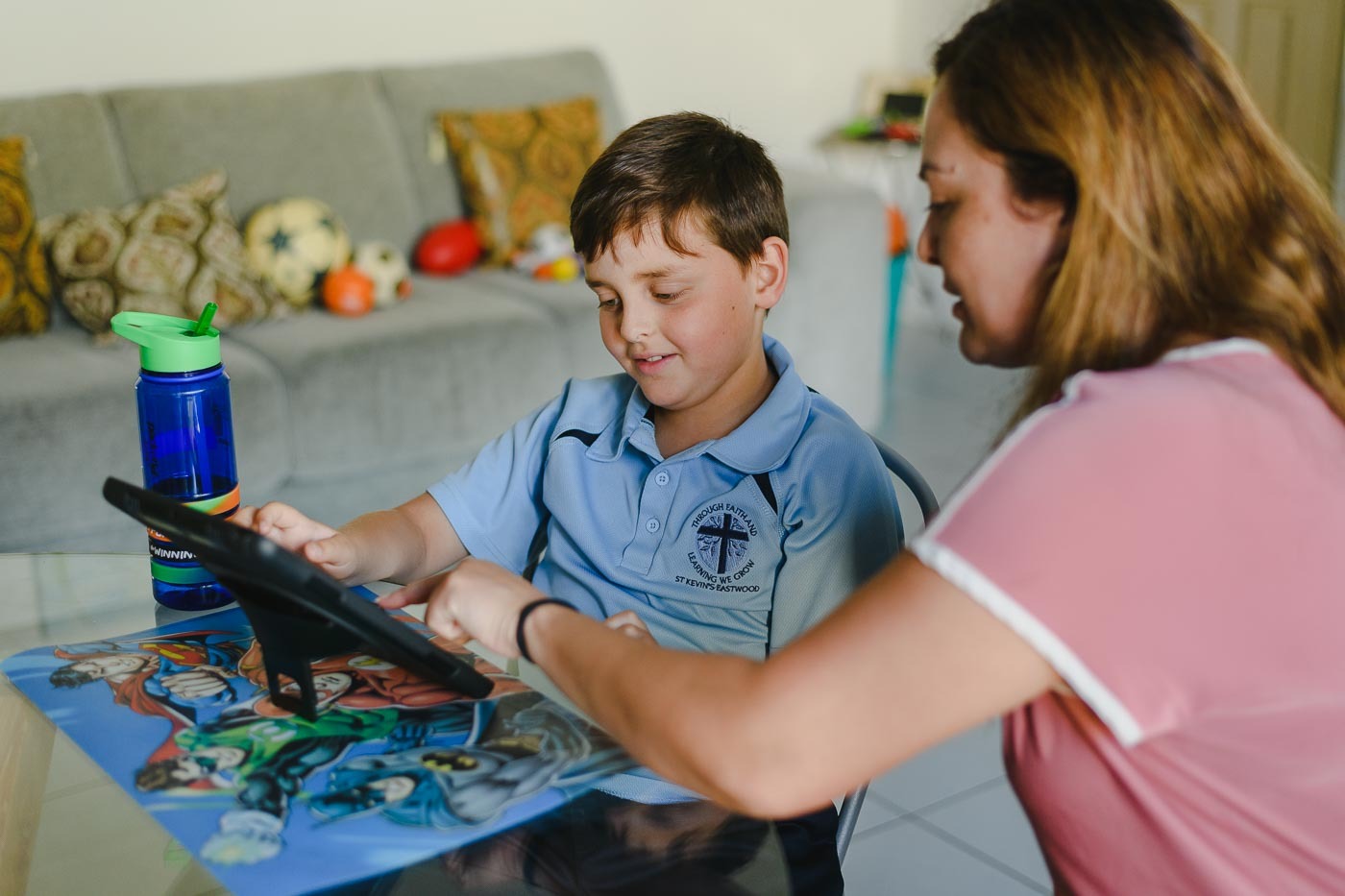 “I'm extremely grateful for Aspect and their services. Now, I feel much more confident in Aaron’s abilities. Although he still needs a lot of support, we have a very happy little boy, who is loved by all that meet him, especially his family.”