“I wanted Tess to have the opportunity to be the very best that she could be. We knew it was about finding the right environment, and that’s what Aspect gave to my child. For that, I will be forever grateful.”

Without the right support, children on the autism spectrum miss out on the opportunities every child deserves in life.

Tess's mum Kate remembers the feeling of realising something was different about her baby daughter.

“Tess hated being nursed or touched. She was happiest in her bouncer, not being talked to or looked at,” recalls Kate. ”Most babies like to bond with their mothers. They love a cuddle. I just knew something was wrong.”

Tess was diagnosed as being on the autism spectrum when she was 2-years-old, and Kate had mixed emotions.

“I was initially relieved that I wasn’t imagining there was something wrong. But relief was quickly followed by concern about the life ahead of her.”

It’s a diagnosis that comes with many uncertainties about the kind of life your child will lead – how they’ll cope at school, whether they’ll make friends, and what kind of future they will face.

More than 50% of people on the autism spectrum experience severe communication difficulties, which can make it challenging to establish or maintain friendships throughout life, or to find employment in adulthood. Obstacles like these can lead to isolation, exclusion, and dependence. But with the right support, many of these obstacles can be overcome.

It was clear to Kate and Neil that Tess wouldn’t cope in a mainstream classroom. But their only other option was a special needs school that was not autism-specific, and Kate knew that wasn’t right for Tess.

“I wanted to make sure we could give Tess the best chance at getting an education,” says Kate. “I didn’t want her to be pushed aside or segregated. I wanted her to be given access to the same opportunities as other kids.”

Desperate to find the right fit for Tess, Kate approached the local primary school where Tess’s older brother, Isaac, was a student. It was Kate’s conversation with Isaac’s principal that prompted the opening of an Aspect satellite class within Isaac’s school – the first Aspect satellite class in the area, and the perfect solution for Tess.

Satellite classes are operated by Aspect Schools but located within mainstream schools. This means they can provide autism-specific learning and support, while allowing children on the autism spectrum to experience the same activities and opportunities available to other children. In Aspect satellite classes, lessons are tailored to each child’s individual needs, and are designed to recognise and nurture their strengths, interests and aspirations. Classes are kept small, so teachers can provide personalised support to each child, and tailor lessons to suit each individual’s needs. By utilising evidence-based techniques in this positive learning environment, children on the autism spectrum can build vital academic, social and life skills.

Tess’s two younger siblings also go to school in an Aspect Satellite class, and as Kate says, “It’s been the best thing we could have done for our children. Without Aspect, I really don’t know where we’d be.”

Tess has now been with Aspect for 11 years, and it’s amazing how far she’s come. When she first started in her Aspect satellite class, she never made eye contact, only spoke a few words, and struggled with daily tasks. Within her first year of her Aspect Satellite class, Tess was learning to better cope with her sensory processing needs, and was starting to build invaluable social and life skills. Over the years, Tess has gained more and more independence and has learned to accomplish many tasks herself, like getting ready for school, and brushing her hair and teeth.

As well as the practical benefits, Tess is happier, more content and connected than ever before. Through Aspect, she has had the chance to feel included and accepted in a way Kate never thought possible. But it’s the development of Tess’s communication skills that has truly blown Kate away. The most memorable turning point for Kate was when Tess was in Year 2 and managed to speak in front of the entire school – not only Aspect satellite students and parents, but the entire mainstream school.

It was a Mother’s Day assembly and a handful of students had been asked to say something about their mum. As Kate describes:

“My daughter stood up in front of everyone, and in a strong voice she said ‘I love my mummy, because my mummy loves me.’ I just cried. I had always hoped, but never really thought, we could get to that point. Every mother is proud, but I don’t think anyone could have been prouder than me on that day.”

Through tailored autism-specific learning techniques, like social stories and visual charts, and concentrated support from teachers, Tess has progressed beyond what Kate and Neil could have imagined. Tess’s story shows us that children on the autism spectrum can truly flourish when they are given access to an inclusive and nurturing learning environment. Every child on the autism spectrum deserves this opportunity.

Aspect Schools and satellite classes celebrate the strengths and interests of children like Tess, ensuring they feel included and accepted, and are supported to work towards their goals and aspirations. This safe, supportive learning environment is the best way to ensure that no-one on the autism spectrum is left behind.

As Kate says, “I wanted Tess to have the opportunity to be the very best that she could be. We knew it was about finding the right environment, and that’s what Aspect gave to my child. For that, I will be forever grateful.”

Being on the autism spectrum shouldn’t mean missing out – on school, friendships, or opportunities in life. With your help, it doesn’t have to. Please donate now. 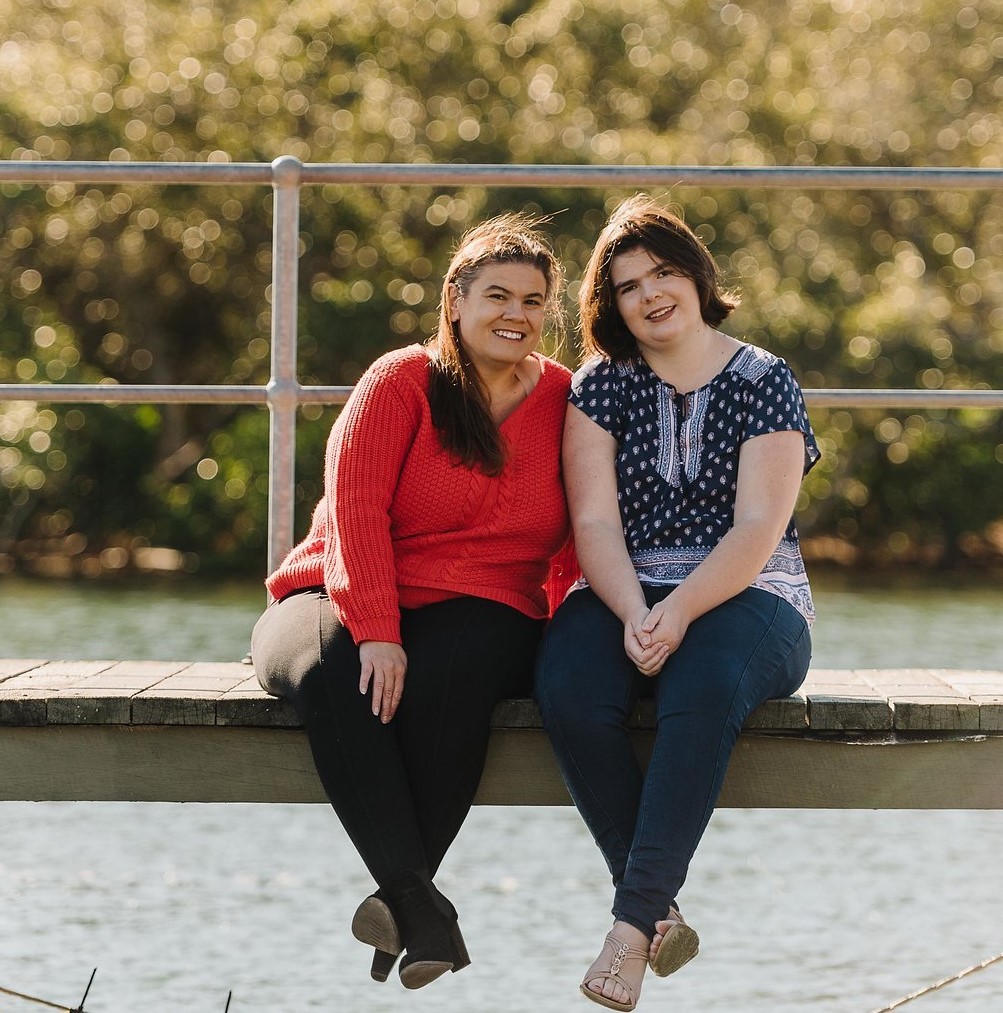 “Aspect guide me through the minefield that is autism. They hold me up when I want to crumble, and remind me that I’m not alone."